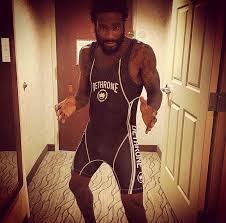 Daniel Straus is a mixed martial arts fighter for Bellator MMA’s Featherweight division. Straus was a Bellator Season Four Featherweight runner up and the winner of the Season Six Featherweight Tournament. He would go on to defeat then champion Pat Curran to become the Bellator Featherweight Champion. In a rematch with Curran, Straus would lose the title in the closing round, tapping out due to a rear naked choke.

The featherweight division of Bellator is talent rich and very active. After Pat Curran regained the championship title from Straus he faced challenger Patricio Freire in a fast paced, vicious bout. Patricio Freire defeated Curran and became the new champion.

Daniel Straus challenged Freire for the title two times, losing both efforts. A third bout took place at the Scott Trade Center in St. Louis, Missouri on November 6th, 2015. Straus was able to regain the championship  by majority decision.

Q&A Time. No rules, no limits, no tapping out! You ready Mr. Straus?

Have you ever ‘streaked’ (run naked in public)?

You’re not completely sure?

DS: Right (laughing). I did a lot of dumb ass shit for laughs growing up.

What’s your favorite fight move to use against an opponent?

Who would you bang? Kim, Khloe, or Kourtney Kardashian?

DS:: All. Then immediately bleach my thang thang a STD check.

After your fighting career is over what would you like to do for an occupation?

DS: Please help a MMA vet. Will punch you for a dollar

You’re stranded on a deserted island, on one side there’s a mermaid with a voluptuous human torso; beautiful face, and a fishtail instead of legs. On the other side is a mermaid with a fish head and long human legs with a tight vagina. You can only pick one. Choose.

Who do you want to fight next in Bellator?

DS: I don’t have a preference I would like to fight every last 45er in Bellator.

No push for a title?

DS:: Yeah I want the title, but I want money more.

Would you backhand slap your Mama for 2 million dollars that’s tax free?

DS: Yup. And an extra slap to see if I’d get paid again.

DS: I did all my fights a 55 until Bellator.

Why did you move down?

DS: To better my career.

What goes through your mind after a loss?

DS: The money I missed out on and how soon I can get another fight.

Is money more important to you than becoming a champion again?

DS: Right now feeding my family and paying bills are more important, but I’ll always chase the dream of having the belt.

Last question. A dedicated female fan of yours that has a non sexually transmitted disease has asked, as her last wish before she dies, to have long, hot, sweaty sex with you while Collie Budz music is playing really loud. Would you grant that wish?

DS: (Laughing) I’d entertain the ideal but don’t think I’d have sex with them. (Laughing) But the Collie Budz has to be extra bumping for me to even take my shoes off.

Thanks for your time Mr. Straus. Looking forward to seeing you back in action again.