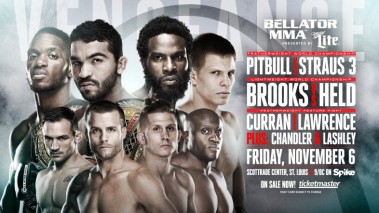 David ‘Caveman’ Rickels picked the Patricio Freire and Daniel Straus match as the one that he is most looking forward to on the card, thinks Will Brooks will retain his belt after defeating Marcin Held, and declares Fedor Emelianenko as the best fighter in mixed martial arts and that he wants to see Fedor and Kevin ‘Kimbo Slice’ Ferguson fight on a Bellator card.

Michael Chandler dropped an item on the floor of the media room while posing for pictures with a photographer. When Chandler bent at the waist to pick it up he visibly winced and told the photographer, “I bruised my rib so I’m still moving a little slow.” Chandler faces David ‘Caveman’ Rickels on Friday. This will be their second fight, the first fight ended with Rickels being knocked out 44 seconds into the first round. 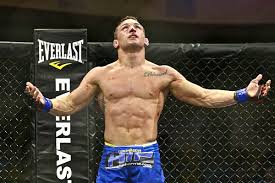 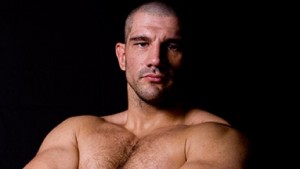 James ‘The Colossus’ Thompson declared that he and Kevin ‘Kimbo Slice’ Ferguson had unfinished business in the cage and after that he would be open to participating in a heavyweight tournament to determine a new Bellator Champion since the health status of current reigning champion Vitaly Minakov. 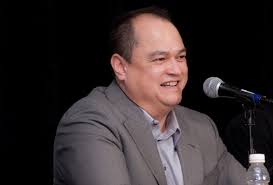 Scott Coker gave a brief interview in the media room and commented on the alleged fight between the Freire brothers and Will Brooks, when asked if he would ever book them on the same fight card in the future,

SC: Yes, I expect them to be professional. We do have a code of conduct written into our contracts and I will review and enforce it. 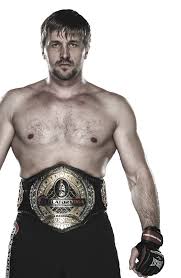 I spoke with James Thompson and he said he would be willing to participate in a heavyweight tournament to win the vacant belt if the current champion doesn’t return. Is that something you’d be interested in?

SC: Minakov is out right now but he’ll be back. I feel confident that he will come back and defend his title. If he doesn’t then we would move on and maybe have another tournament, sure. That’d be kinda fun.

How much longer are you willing to wait?

SC: It’s not going to be that much longer. If we don’t have a resolution with Minakov in the next 45 days we are probably going to move on.

James Thompson also said that if he’s able to defeat Lashley in entertaining fashion on Friday he would like a fight with Kimbo Slice next.

SC: James said that? Well, I just might put that together for him! It depends on his performance but we love James.  James is awesome; I’ve never seen him in a boring fight. He looks like he’s in good shape so we’ll see what happens. 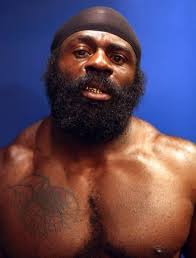 Now that the programming has changed on Spike TV (no longer airing Glory kickboxing fights) would you still consider doing more Dynamite cards?

SC: Oh absolutely! We will for sure next year.

Are you going to exchange any athletes?

SC: That door is always open. My style is has always been to embrace different combat sports and other promotions. That’s not going to change. Ever.

Keep in mind that this is two steps above blatant gossip and likely are taken out of context, as is the nature of skulking and lurking about to eavesdrop.

$100.00 gift card giveaway! Follow @buttahbabyhair, Like their giveaway post, and tag a friend. Enter as often as you like.
Welp. Ain’t me. Mine is, “I ain’t never tried to get no mother fucker who ain’t tried to get me.” Unknown convict.