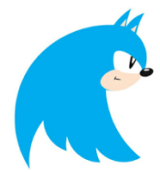 I met a liar, a bum, a fucking leech named Antonio on Twitter. If I ever see him again I’ll probably end up arrested or a police shooting victim.

Our friendship developed from private messages to telephone texts and long calls.

We got along so well that he decided to travel out-of-state to come visit me.

I was flattered and excited. He seemed responsible and mature-he made no attempt to try to rush things by asking to stay at my place. I felt secure in my decision to pursue a deeper relationship with him.

He came to my home as soon as he arrived, claiming that he couldn’t find a hotel right away. He didn’t want to be late for our first date so he would check into a hotel afterwards.

He asks if he can leave his bags at my house so we wouldn’t be crowded in the car. I agree and we go to our planned dinner date.

He’d chosen a really nice, upscale restaurant. He bought drink after drink for the both of us. I would barely finish half of mine when another would be on the way. He told me to order whatever I want, money isn’t a problem. Don’t be shy, he said.

He orders an expensive steak and lobster combo for himself that was over a hundred dollars. I was impressed, money wasn’t a big deal to him. I gave the waiter my order and I didn’t let the price hinder me.

In my head I was thinking, Yes Bitch! I felt blessed, my hoe ass had finally hit the jackpot! He was generous, attentive, funny. My pussy was soaking wet at the joy of finally meeting a guy like this.

The conversation we had over dinner, and many more drinks, was entertaining. After dinner I excused myself to go freshen up in the restroom. I looked in the mirror and saw that my face looked as happy as I felt inside.

I couldn’t believe my good fortune in meeting a guy like this on Twitter. A man who would come all this way just to meet in person. A dude who lived up to everything he portrayed himself to be online.

I go back to our table and see him sitting there like a lost puppy. He looked at me with big, sad eyes and told me there was a problem. He had left his credit cards in his other jeans that were packed away in his luggage. Luggage he had taken out of the car and left at my house.

I’m a hoe, all hoes do is lie. I can smell a lie from several miles away. I’m furious that I have to pay this five hundred dollar dinner bill. My pussy died. It dried up so bad it didn’t want to live anymore. My pussy went on home to Glory. Rest in peace.

We go back to my place where he hurriedly shows me the credit cards he’d left in his baggage. Assures me that he will go to the ATM in the morning because it was after midnight and unsafe. I relax a little but I’m not totally comfortable.

I saw how he just casually maneuvered me into letting him stay the night-there was no further mention of him getting a hotel room. I didn’t insist because he now owes me five hundred dollars-I didn’t want him out of my sight until he paid up.

He started rubbing and caressing me. Pulled my dress up and removed my panties. He ate my pussy voraciously, putting his whole face in it. I was starting to warm up a little, but not enough to be able to put the dinner bill out of my mind.

When he slipped further down and began eating my ass, my pussy was back to it’s pre dinner bill state, super wet. His nasty ass had revived my pussy like a modern day, black booty eating Lazarus.

I set my anger and suspicion aside temporarily. Pushed him away so I could return the favor and suck his dick. I like to fuck and make no excuses about it. I lowered my face to his dick and was hit with a musk I can’t quite describe. I recoiled from the smell of his musty balls and told him to get in the shower.

While he was cleaning his rancid dick and sour ass, I advised him he should also shave some of that wild pubic hair. He had more hair on his crotch than he had on his head. He comes out after cleaning himself and we fuck. The dick wasn’t that great but it wasn’t that bad either.

It’s was about 2 in the morning and a bitch is tired, physically and emotionally. I fell asleep with him laying in the bed beside me. A few hours later, I wake up to go to the bathroom and see my bed is empty. I search the rest of the house, looking for him, refusing to believe it. This musty ball bastard was nowhere to be found!

He’d fucked me and left while I was asleep. I’m livid, seeing red. Again I feel my pussy withering, becoming brittle like a leaf in the fall. I called that fucking bitch ass dude 176 times consecutively. Not because I was hurt or in love with him, but because I want my dinner money back.

He never answered any calls nor texts from me. He’d had an expensive dinner on me, a hot shower, some free pussy, and then split. Like a fucking thief in the night.

If I ever find him again I’m going to kill him. I hate this bum, bitch ass loser.

This entry was posted on May 28, 2019 by Melinda Evette in The Tales and tagged Dating, gossip, Humor, online dating, oral sex, scam, Sex, stealing, Tales From My Vagina, TFMV, The Tales, Twitter, Twitter Tale.